What’s your QWERTY? Lessons for leadership from computer keyboards

← 5 Steps to Giving a Presentation in a Foreign Language "The Inspirational Speaker" - Full Day Masterclass in Brussels on April 15th, 2016 → 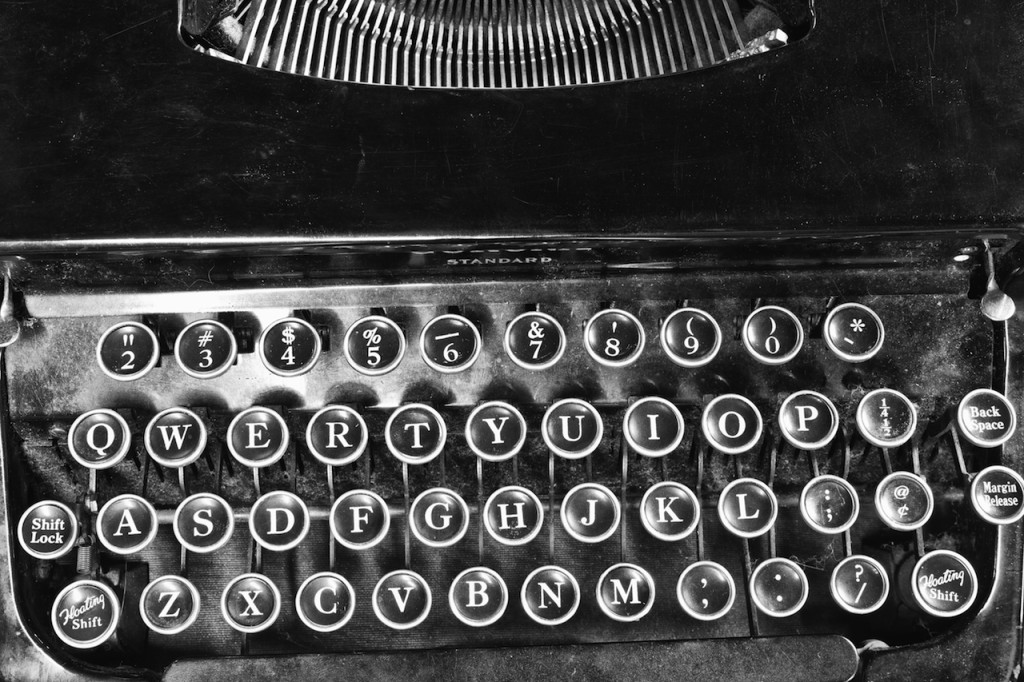 You might have read that the French government is examining the AZERTY keyboard and is thinking of adapting it to something different and easier to use.

This decision is being applauded by many, as apparently for some it appears to be even easier to write in French language on a British QWERTY or German QWERTZ keyboard then on the AZERTY keyboard. Various options are now being analyzed to identify the optimal keyboard for France.

That is also a good moment for all of us who type on a regular basis to take a step back and ask: Why is there a QWERTY keyboard to start with? Understanding this question can teach us a lot about organisations and leadership.

The origins of the self-replicating QWERTY

The keyboard as we know it was devised in the early years of typewriting to avoid that the metal bars of mechanical typewriters hit each other. So the focus was to minimise potential jamming. That was a right priority then.

But with the move to computers and electronic keyboards this requirement is gone. And QWERTY stayed: the whole system of manufacturing, ingrained habits, and what you see on a daily basis creates a self-replicating mechanism.

And instead of questioning the reason for QWERTY in the first place, what happens is optimization and efficiency of the chosen path. People start to create training courses and get to learn the given system. For example, did you know that “Stewardesses” is the longest word that can be typed with only the left hand on a QWERTY keyboard? Now you do.

This phenomenon is called path dependence: over time, the more you invest in a process, the less options for adaption you have. You are locked in. As John Maxwell puts it: “Practice doesn’t necessarily make things perfect, but for sure permanent.”

Once a path is chosen, it’s passed on from generation to generation, and it becomes more and more difficult to imagine a situation without that chosen path, with the QWERTY in this case.

Understanding this phenomemon of path dependence is also absolutely vital for organizations. Without it, I would argue, it is impossible to manage and lead an organization, and in particular change efforts.

Software systems are a good example for it, but also even more mundane things as reports: You take over a department and see that a massive amount of reports are being created; people are being trained in the art of report creation. And they spend hours creating in and then proudly share it with you:

And you hold one of these masterpieces in your hands and you ask the sobering question: Who reads this report usually? And you find out that actually nobody reads it any more, it’s just has been passed on and continued but the original reason (crisis update tracking, for instance) is away. But the reporting stayed.

Path dependence and unnecessary QWERTY problems can best be tackled early on, when you still have plenty of room to manoever.

Here are two key lessons for leaders are to ensure that you have your own optimal QWERTY every day:

Which strategies have worked for you?

Lars Sudmann is an expert on high-performance leadership in global corporations. You can contact Lars to work with you as change implementer or keynote speaker & workshop facilitator for your next event. This article also appeared on his blog: www.lars-sudmann.com, where you can also watch his TEDx talks. You can also follow Lars here and on Twitter.